Bias consists of attitudes, behaviors, and actions that are prejudiced in favor of or against one person or group compared to another.

What is implicit bias?

Implicit bias is a form of bias that occurs automatically and unintentionally, that nevertheless affects judgments, decisions, and behaviors. Research has shown implicit bias can pose a barrier to recruiting and retaining a diverse scientific workforce.

The good news is that implicit bias can be mitigated with awareness and effective bias-reduction strategies. We provide a few examples of these strategies that you can use to reduce implicit bias.

Perspective-taking: Imagine what it is like to be a person who experiences people questioning your ability or skills because of your social identity (Galinsky & Moskowitz).

Interrupt automatic biased thoughts: Identify when you may be most influenced by implicit bias (e.g., evaluating performance) and create an action plan (e.g., review evaluation criteria before assessing each person’s performance in the form of IF and THEN statements) to increase mindfulness of, or mitigate the influence of, implicit bias (Stewart & Payne).

Education: Join or set up an implicit-bias workshop in your community to raise awareness (Carnes et al., Girod et al.).

While raising awareness of and reducing implicit bias is an important way to promote scientific workforce diversity, implicit bias is only one among many factors. A concerted, integrated approach to increase participation and engagement of underrepresented groups is essential to achieve true diversity and inclusion within an organization.

The top three diversity training approaches used by U.S. companies are the three least effective, according to “Why Diversity Programs Fail” by Frank Dobbin and Alexandra Kalev (July/Aug 2016 issue). 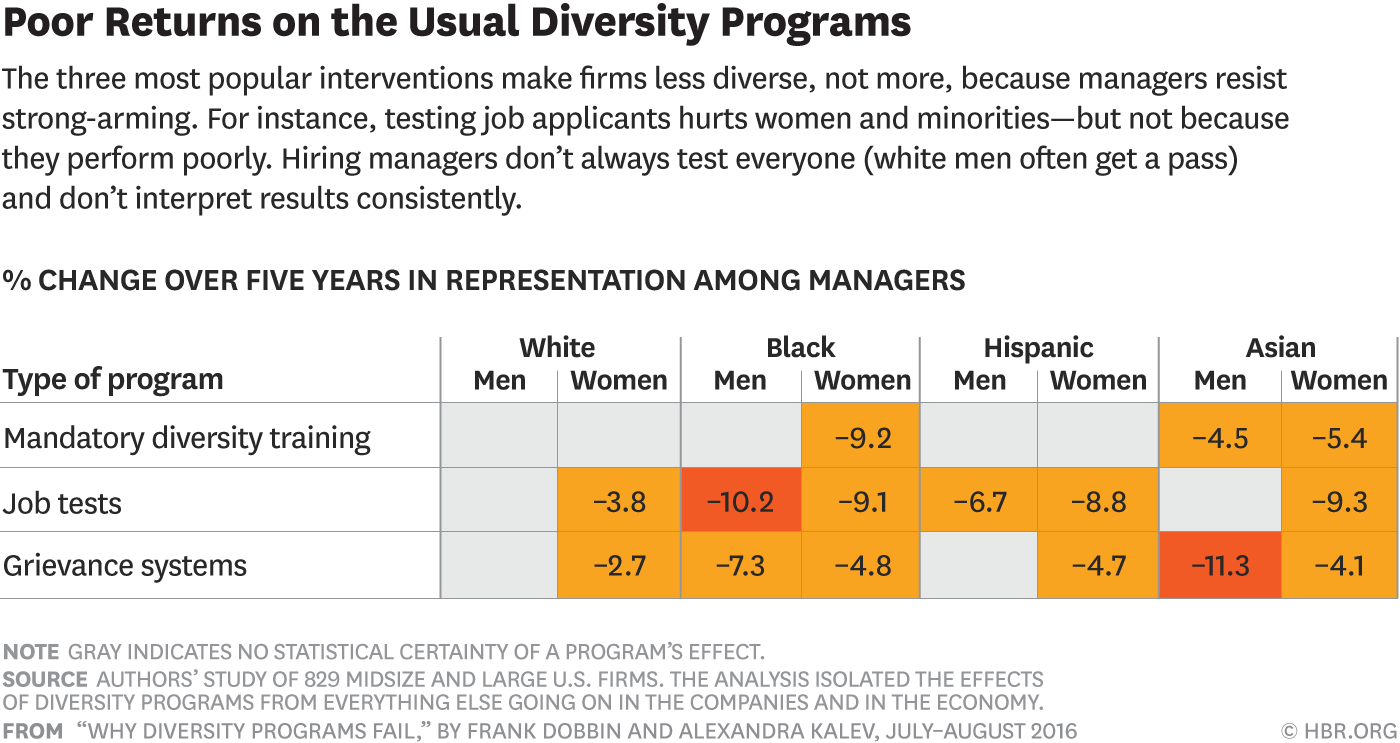 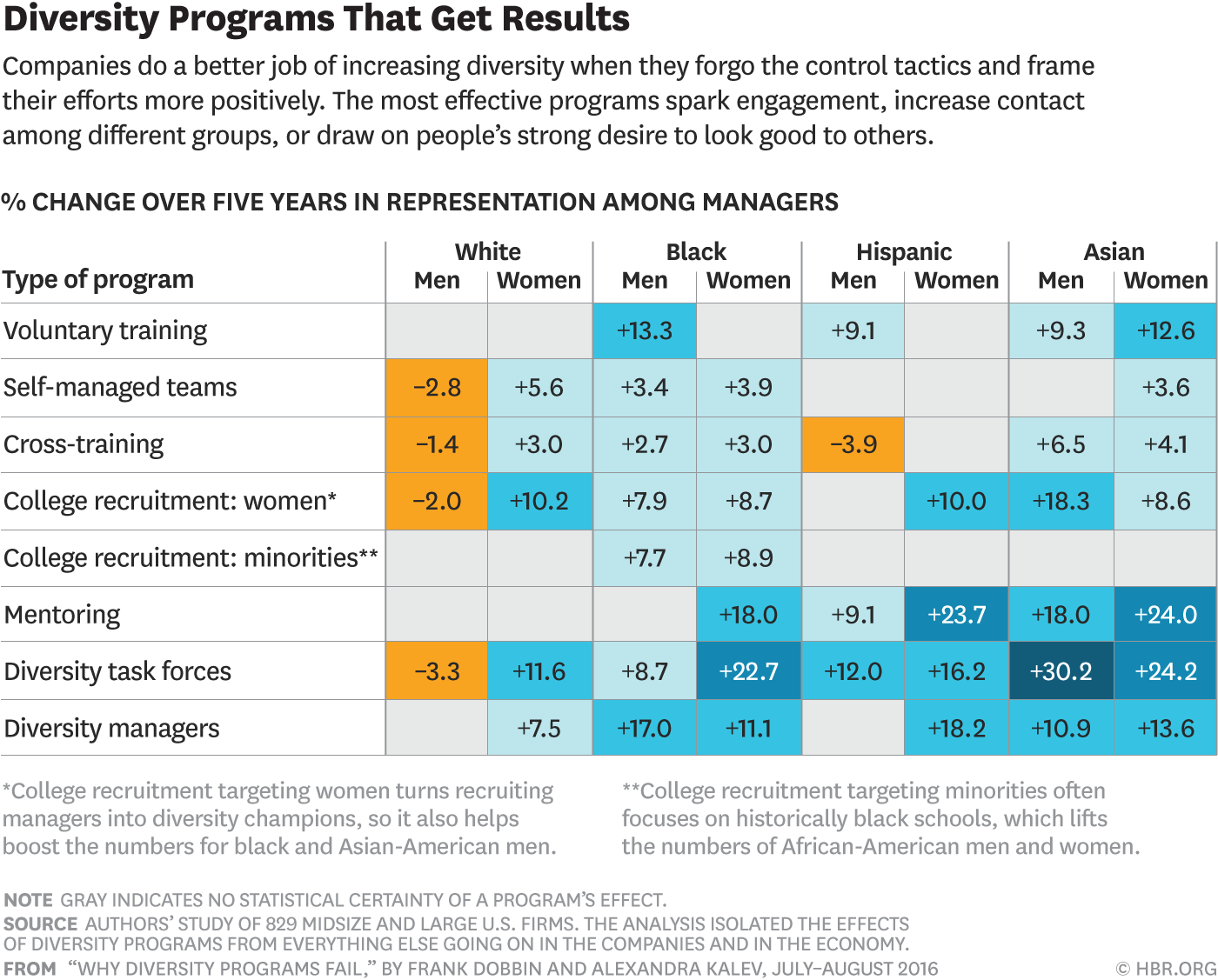