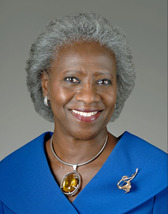 Diversity is not “nice to have” or “the right thing to do,” it is actually a health imperative. In this issue, read about how a lack of scientific workforce diversity – and its consequences - likely contributes to poor health outcomes and career-halting decisions. Read also about how one diversity champion has spent her career trying to change this.

A recent study showed that black men seeing black male doctors were much more likely to agree to certain preventive measures than were black men seeing doctors who were white or Asian. This poses a difficult challenge, since although 13% of the U.S. population is black, only 3% of doctors are black. Black men have the lowest life expectancy of any U.S. ethnic group – a gap explained by greater rates of chronic illnesses such as diabetes and heart disease that affect not only black men but other groups who are economically disadvantaged and poorly educated. Yet despite increased matriculation rates for almost all other demographic groups, the proportion of black men entering medical school in 2018 has not changed significantly since 1978, according to the Association of American Medical Colleges.

Tackling the many complex, multivariable biomedical problems in our highly diverse nation requires a vibrant culture of inclusive excellence that draws from a diversity of perspectives and experiences. As a testament to fostering such an environment, the NIH intramural research program (IRP) is recruiting talented scientists who also have experience in promoting and mentoring individuals who are from groups underrepresented in biomedicine. This month, the IRP began a multi-year pilot, called the Distinguished Scholars Program, to create an annual cohort of 10 to 15 recently hired tenure-track scientists committed to promoting diversity and inclusion and who will participate in extensive mentoring and networking activities at NIH.

Millenials are said to embrace technology, want work-life balance, and are socially conscious. Gen X-ers tend to be pragmatic, entrepreneurial, and challenge authority. Individuals from Gen Z rely heavily on social media since they grew up with 24/7 influence from the Internet. Obviously, these population attributes do not apply to every individual in these and other generational groups, but nonetheless they point to age-related differences in lifestyles and work environments. As with the many different dimensions of diversity – gender, race/ethnicity, disability, socioeconomic status, sexual orientation, and many others – age-related diversity creates an environment where each generation brings different skills and talents to the table.

Joan Argetsinger Steitz was awarded the 2018 Lasker~Koshland Special Achievement Award in Medical Science for four decades of pioneering discoveries in RNA biology, generous mentorship of budding scientists, and vigorous and passionate support of women in science. She was an author of the landmark 2007 study that recommended specific steps for maximizing the potential of women in academic science and engineering. According to the Lasker foundation, of the 360 papers that have come from Steitz' laboratory, 60 do not include her name, "a gesture of generosity that reflects her belief that students and postdoctoral fellows who work completely independently should be allowed to publish on their own."