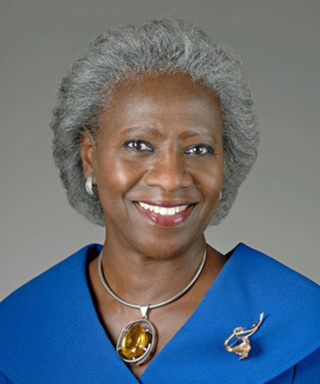 You’ve heard me say it time and again, “Great Minds Think Differently.” This alternate take on a common cliché is demonstrated in a new study about the value of honoring difference over commonality in the way we promote the value of diversity. Also in this issue: new national data on postdoc career trajectories, the effects of harassment on women’s health, and how diverse teams ensure relevant products in the marketplace.

Considering the value of difference instead of its cost is likely to have a bigger impact on organizations’ ability to demonstrate their public commitment to diversity. New research shows that diversity statements that convey a multicultural message and emphasize the value of human differences have more positive outcomes compared to “colorblind” statements that acknowledge human similarities. In fact, the scientists say, embracing egalitarian values and the existence of a meritocracy can increase biased outcomes and workplace disparities by creating a false illusion of equity and fairness.

Now available: a new dataset, the product of the United States National Postdoc Survey, the most comprehensive survey (7,603 respondents) of this population in over a decade. It features demographic and salary information, as well as multivariate analyses on factors influencing postdoc career plans and satisfaction with mentorship. Among the key findings: academic research remains the top-sought career for postdocs overall, as well as a significant role of high-quality mentoring on postdoc career choice. Understanding the dynamics of the pivotal transition point from postdoc to career independence is especially important for scientific workforce diversity because this transition is the major point of attrition for women and individuals from underrepresented groups.

Poorer Midlife Health in Women After Sexual Harassment and Assault

A landmark June 2018 report from the National Academies of Science and Engineering emphasized the devasting consequences of sexual harassment, including gender harassment: “a range of behaviors verbal and non-verbal that convey insulting, hostile and degrading attitudes about one’s gender.” One particularly harrowing reality is that women who reported a history of sexual harassment or sexual assault have poorer specific physical and mental health outcomes than those who didn’t, as discussed in a JAMA Internal Medicine perspective about a study of objective measures of physical and mental health on harassed women. Earlier this week, NIH launched a large, cross-agency survey to assess climate in a range of NIH workplaces, to help inform prevention of all forms of harassment.

Digital technologies seem to have magical powers in their ability to match specific people in photos taken in highly variable settings. This technology - useful for sorting family photos but increasingly valuable for solving crimes - will almost certainly have an impact on digital health care applications. Yet, workforce diversity is vital to ensuring these methods are accurate. In one study, predicted images of darker skinned women were often wrong (35% error rate) - especially compared to those of white males, which were correct 99% of the time. Recently, the company Pinterest developed a skin-tone detection algorithm to more precisely match individuals with information they are seeking online, diversifying and filtering searches for health and beauty products based on skin tone. Of note: Pinterest’s strategy was developed by the firm’s head of diversity and inclusion Candice Morgan!