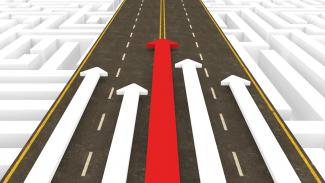 In 2014, I became NIH’s first Chief Officer for Scientific Workforce Diversity – with three data points seared in my mind:

These three data points, reported in 2012 by the Advisory Committee to the Director Working Group on Diversity in the Biomedical Research Workforce, sounded an urgent wake-up call to NIH and the biomedical community that it was time to look much more closely at both individual and systemwide contributors to our nation’s persistent lack of scientific workforce diversity.

Heeding the call to key recommendations from that Working Group, NIH established my position and office within the NIH Office of the Director; my team and I have worked hard with partners across NIH, the federal government, and the non-profit sector to address the group’s 13 recommendations. Five years later, while NIH has not overcome biomedicine’s lack of diversity, we are making substantial progress by all indicators. 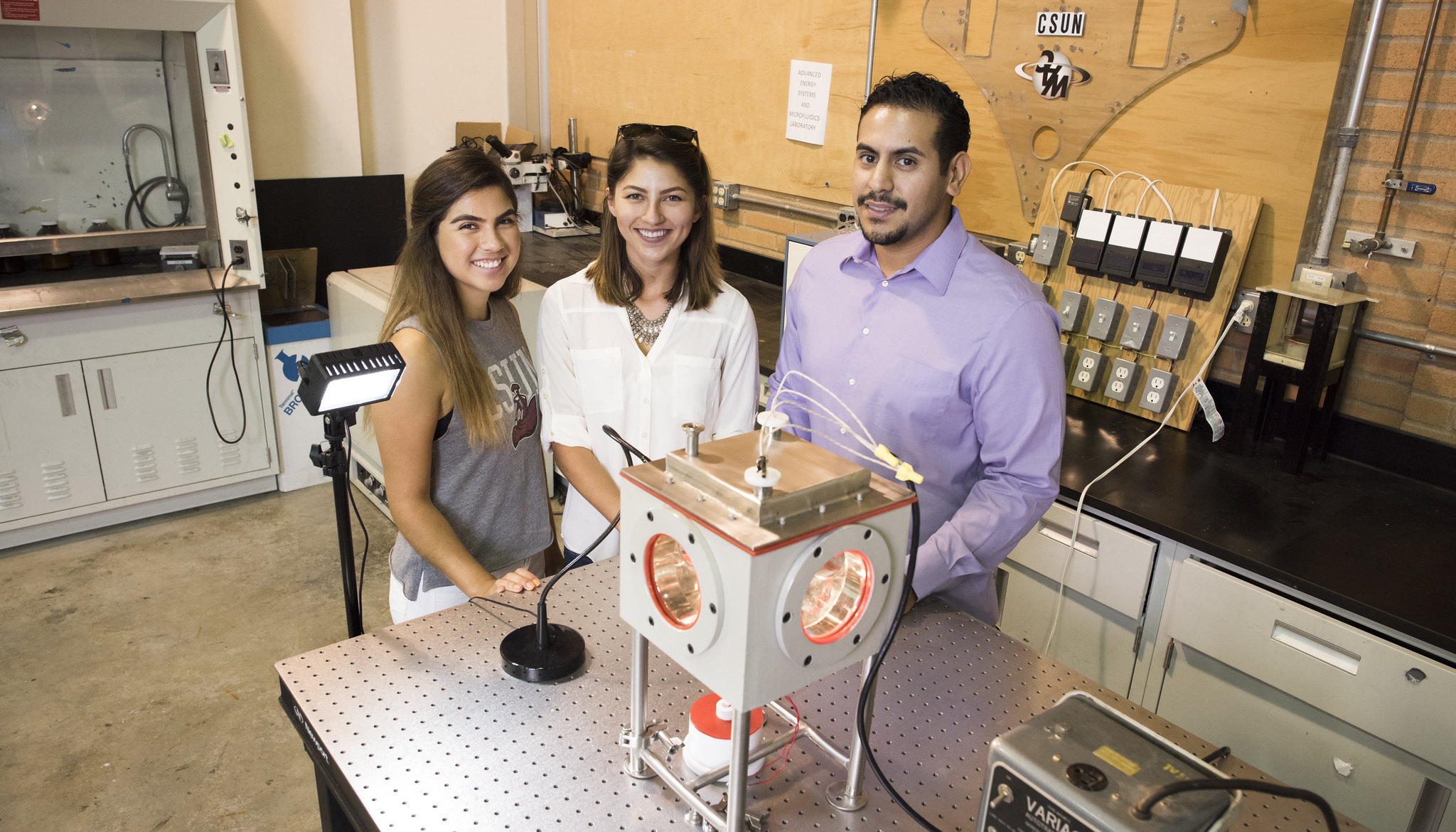 The number of undergraduate students from underrepresented groups majoring in biomedical sciences has increased dramatically. Data from the National Science Foundation Survey of Earned Doctorates report that in 2017 there were 2,070 PhDs in NIH-relevant fields [4] awarded to students from underrepresented groups. Extrapolating to 2019, this number is likely to be about 2,500 now. Students from underrepresented groups now comprise 14% of predoctoral and postdoctoral students supported on NIH fellowships and training grants. The racial and ethnicity funding gap for K awards – a “gateway” to R01 grants – has been eliminated entirely and slightly narrowed for R01 awards. Between 2013 and 2018, the R01-funding rate for B/AA scientists jumped by 68.9%, resulting in a 117% increase in R01 awards to B/AA scientists. 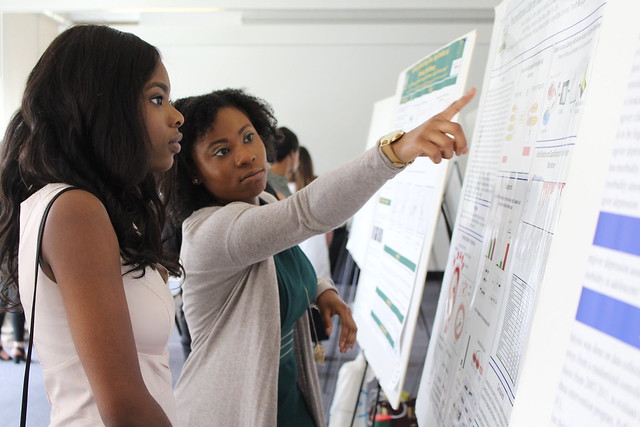 But amid this positivity, we must recognize one crucial reality: the number of scientists from underrepresented groups at all stages of the career span does not reflect their representation in the U.S. population, and when it comes to the academic faculty that do biomedical research across the country, the numbers are miniscule, perpetuating the gap in research grants (R01s). In 2018, for example, there were only 113 B/AA R01-grant recipients nationwide and 390 Hispanic R01 grant recipients nationwide, compared to about 5,000 White R01-grant recipients. This disparity must be fixed as we know that gender and racially diverse scientific teams publish more influential research, underscoring the potential impact of scientific workforce diversity as the engine that powers innovation and an essential element for translating discoveries to improve human health. While NIH and other programs to enhance diversity appears to be working toward this goal, there is still a lot to do to increase the numbers of scientists from underrepresented groups entering biomedical careers and ensuring their advancement. That is where the Diversity Program Consortium (DPC) comes into view. 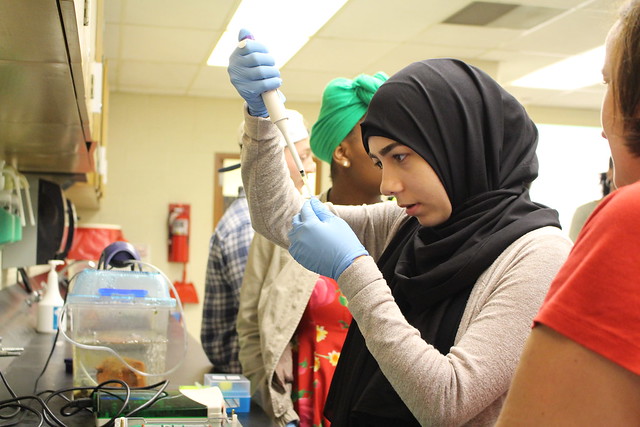 Chapter 2 of the DPC: Dissemination and Scale-up of Successful Strategies

As I’ve written in a prior blog post, the DPC was launched in 2014 as a massive nationwide experiment deploying evidence-based strategies to enhance diversity in the biomedical workforce, and using specific “hallmarks of success” to measure change and evaluate impact at three distinct levels: students, faculty, and institutional environment. The DPC aims to build the foundation for URGs to thrive in biomedicine through implementation and integration of its three components: Building Infrastructure Leading to Diversity (BUILD), the National Research Mentoring Network (NRMN), and the Coordination and Evaluation Center (CEC).

We are learning from the DPC how to bring more URGs into exciting science careers, how to sustain their interest, and how to ensure their success. By all accounts, this novel project is in flight and making progress teaching us key elements of how recruitment and retention work effectively in various environmental contexts. You can read about some early published results from BUILD scientists in a prior blog post, and many more publications are in the works. We are already seeing positive outcomes from the NRMN’s grant-writing/coaching programs (GCPs): To date, 546 early-career scientists have participated in one of six GCPs, and 89 of them have received NIH grants. Notably, of those grant recipients, 71% are URG scientists and 73% are women. The pool of current BUILD students is highly diverse with the following representation: 41% Hispanic, 27% B/AA, and 6% American Indian, Alaska Native, Pacific Islander, or multiple races. I am optimistic that not only will the R01-funding disparity disappear in the near future, but also that we are generating a robust and growing pool of highly talented scientists from diverse backgrounds at every stage of the career path, ready to make their mark on the world.

This year, in 2019, the DPC enters Phase II, presenting us with exciting opportunities to continue our work with grantees across the country as they develop innovations in training, mentoring and research-capacity building. During this second chapter, programs are expected to increase their focus on sustainability – creating plans to disseminate lessons learned across the country. Two new initiatives have been added to the DPC for Phase II:

Also, during Phase II of the DPC, NRMN researchers are continuing to develop mentoring and networking opportunities for biomedical researchers from diverse backgrounds, from the undergraduate level through early-career faculty. To broaden the number of innovative strategies explored and increase the likelihood of impact, sustainability, and dissemination, NRMN Phase II will be organized as a consortium of independent research projects, with a Coordination Center and a Resource Center.

In addition to building on current successful strategies, NRMN researchers are pursuing a number of additional experiments. The Science of Mentoring, Networking, and Navigating Career Transition Points will be a set of 11 unique research projects using robust experimental designs to expand the scientific scope of the NRMN initiative. These projects are exploring a variety of evidence-based mentoring and networking approaches to advance careers of individuals from diverse backgrounds, including those from underrepresented groups in the biomedical research workforce. Examples include culturally aware mentoring; inclusive mentor networks; approaches to recruit and retain physician scientists; addressing microaggressions and impostor syndrome; and innovative mentoring strategies such as peer and inter-institutional mentoring.

As in Phase I of the DPC, the future experiments in Phase II will use rigorous, scientific designs to teach us how to build a diverse and inclusive scientific workforce that cultivates, nurtures, and harnesses talented contributors from all backgrounds. I hope you will agree that we are making progress toward achieving this vision, and I invite you to join me in this bold optimism that the Phase II DPC will unleash a nationwide, robust, and dynamic workforce in the next five years.

3 Biological science, chemistry, and physics (2000-2008), NSF women, minorities and people with disabilities report 2011); https://acd.od.nih.gov/documents/reports/DiversityBiomedicalResearchWorkforceReport.pdf (p. 22). Note that this data source does not include all categories relevant to NIH funding.