Where Are All the Women? Preventing Gender Harassment in Science 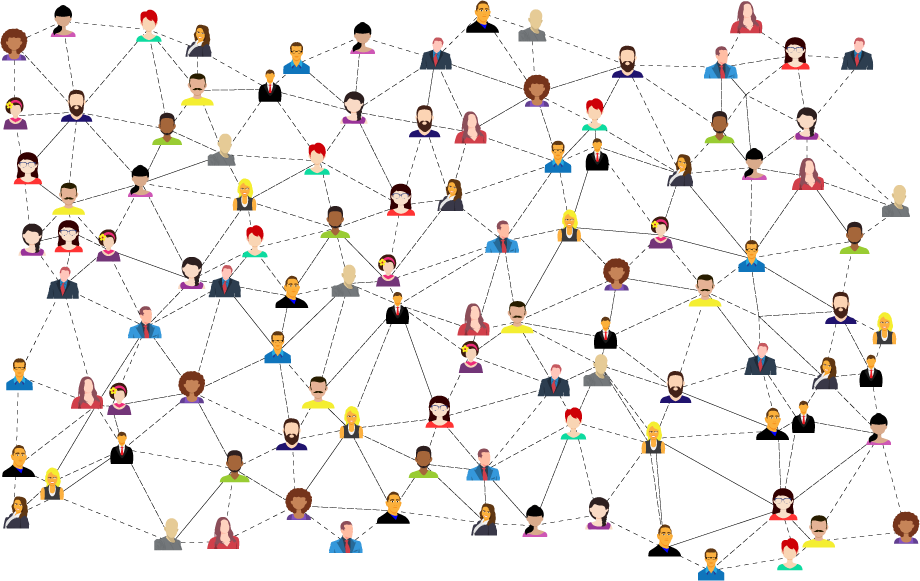 The #MeToo movement has brought heightened scrutiny to interpersonal interactions in all walks of life – making us think carefully about what it means to be sexually harassed or to be a harasser. This global wave of recognition has not escaped the world of science. As evidence, a study of early-career researchers revealed that more than 92% of women experienced sexist remarks or behavior, and among medical students, the frequency of these experiences is even higher. Prevention must be a driving force behind #ScienceToo.

Workplace climate affects how we feel immediately when we walk through the door into our microenvironments: whether that’s a lab, an office, or the many other spaces in which scientists work. It’s the milieu in which we ask questions, solve problems, design experiments, and create and sustain collaborations. Like a rainy winter day, when the climate is chilly, we feel its negative impact directly – which in the case of harassment can be severe.

We know that the scientific workplace is not tremendously friendly to women, and one of the consequences is dwindling numbers up the career ladder. To be clear, the attrition of women in scientific careers does not reflect a supply-demand imbalance. Over the past 20 years, more than half of biomedical Ph.D. recipients across the nation were women. Yet, although women comprise 40% of tenure-track faculty, they make up only 24% of tenured faculty, and 14% at leadership positions such as department chairs and deans. The same is true in the NIH intramural research program.

Moreover, the argument that women’s personal choices are the drivers of attrition ignores the well-documented presence of chilly workplace climates. These environments shape an unappealing academic lifestyle reflected by difficulty in achieving work-life integration and affordable childcare, ongoing stereotypes and biases that limit the numbers of women in leadership, and insufficient or ineffective mentoring and sponsorship. These factors are thus distinct from women’s own personal decisions, representing involuntary “choices” that can steer women to the margins of scientific careers - lingchi, which is Chinese for death by a thousand cuts.

Gender harassment, the most common form of sexual harassment, is at the core of workplace cultures driving women from scientific careers. A landmark June 2018 report from the National Academies of Science and Engineering (NASEM) emphasized the devasting consequences of gender harassment, defined as “a range of behaviors verbal and non-verbal that convey insulting, hostile and degrading attitudes about one’s gender.” Gender harassment is not a “come-on,” but rather, a “put-down,” which creates and perpetuates workplace cultures that send a message to women that they don’t belong.

Gender harassment is not new to me. When I began my cardiology training in London, peers advised me that I was making a poor career choice: “You want to be a cardiologist, a woman, and you’re Black? You must be crazy!”

Today, 40 years later, women receive a similar message that they “don’t belong,” albeit less explicitly. Instead, women see few female scientific leaders - and compared to men they receive lower salaries, smaller start-up packages, and fewer career-advancement opportunities. Our institutional systems are inadequate to integrate life and work, and women face ongoing implicit bias at seemingly every turn. These influences are still with us in 2018 because they are rooted in the culture of science. As such, they continue to perpetuate a lack of diversity. To offer another personal example that occurred very recently: An undergraduate premed student I mentor confided in me that one of her professors suggested that she might consider freezing her eggs if she wanted to combine a career in science with motherhood. This is not the first time I have heard this.

Research confirms that the consequences of gender harassment on a woman’s psychological, mental, and physical health and career decisions are just as profound as other less common forms of sexual harassment: unwanted sexual attention, which includes verbal or physical unwelcomed sexual advances; and sexual coercion, when favorable professional or educational treatment is conditioned on sexual activity. The NASEM report’s overarching recommendation is for institutions to prevent sexual harassment by heightening their attention to their organizational structures and workplace climates, with the urgent goal of eradicating all tolerance for gender harassment, diffusing gender-based inequities and power differentials, and eliminating the gender leadership gap.

As a physician-scientist and cardiologist, I can’t help but consider preventive medicine as an apt metaphor. An unhealthy workplace climate - one in which gender-harassing behaviors go unchecked - is analogous to leaving a patient’s high cholesterol or diabetes untreated and expecting no consequences for her/his heart disease. We know that management of risk factors is a key part of a preventing chronic disease that arises from these risk factors. I argue that the same is a key part of preventing gender harassment: institutions must identity risk factors and eliminate them. If you’ve read my previous blogs and publications on workforce diversity, you know that my approach to workforce diversity – one strongly endorsed by NIH senior leadership – is to identify and correct elements of the scientific culture that are necessary to create inclusive and equitable workplace climates, which in turn foster high-quality science and career advancement.

What do chilly climates actually look like? In environments that foster gender harassment, we see negative career trajectories, frequent career moves (often lateral ones), women stepping down from or avoiding leadership positions, leaving the workplace (lab, office, or institution) – or leaving science altogether. The health impacts of gender harassment can be significant: They include poor self-esteem, psychological symptoms requiring treatment, depression, loss of personal autonomy, shame, guilt, anger, and alienation.

At NIH, an important first step to preventing harassment is understanding our workplace climate. My office, in collaboration with the NIH Office of Behavioral and Social Sciences Research, is launching the NIH Workplace Climate and Harassment Survey in January 2019. It is a key part of NIH’s Anti-Harassment program, launched in September 2018. This online survey is open to NIH staff, contractors, and trainees – at all levels of employment and in the many work environments at NIH. These include labs, offices, meeting rooms, animal facilities, and many others. So many individuals contribute to the vitality of a scientific institution like NIH, and we all contribute to the NIH culture. We are asking everyone at NIH – whether they have experienced harassment or not – to take this survey. It will be available on a computer (work or personal) or on a smart phone (work or personal).

Designed by the nation’s leading scholars on sexual-harassment research and survey methodology, the NIH survey is structured to be confidential and anonymous, and it will be administered by an outside contractor: NIH will never see any identifiable data. The survey is not a reporting tool: Rather, it aims to identify any elements of NIH workplace climates that may be associated with sexual harassment for the specific purpose of identifying potential initiatives, both agency-wide, and in individual environments such as Institutes and Centers. As such, it is designed to determine the impact of any sexual harassment on career choices and measure various outcomes of harassment (job, psychological).

NIH takes this survey and its results very seriously and is committed to taking any necessary action immediately based on the survey findings, which will be available in summer 2019. After the results have been analyzed, we intend to share the survey instrument with other institutions to enable national data collection and coordinated approaches as key steps aimed at preventing sexual harassment.

What Can We Do Now?

In the meantime, there are many actions that can be undertaken right now to help prevent sexual harassment, even before we assess the NIH workplace climate. The National Academies report offers four tips for immediate actions to prevent sexual harassment: i) ensure that policies and procedures embody the values of diversity, inclusion, and respect; ii) change power dynamics such that individuals are not locked into vertical, dyadic supervisory relationships; iii) support targets of harassment; and iv) improve transparency.

NIH has already embarked on several of the NASEM report’s recommendations, integrated into a new NIH anti-harassment program. It includes oversight from a trans-NIH antiharassment committee; a new Civil program to address allegations and oversee the administrative inquiry process; policies regarding inappropriate conduct and personal relationships in the workplace; tools to enhance anonymous and non-anonymous reporting systems; and educational offerings for the NIH community.

In addition, over the past 4 years, my office has implemented a number of approaches designed to warm institutional climate.

Sexual harassment at scientific institutions limits the participation of women, curtails our nation’s ability to maintain its preeminence as a global leader, and undermines research integrity. We know what must be done to stop it.

In the words of NIH Director Dr. Francis Collins:

“Our mission is about the respect of human life, which should permeate all aspects of our lives and work. Sexual harassment goes against the very core of what NIH represents: Harassment doesn’t work here.”